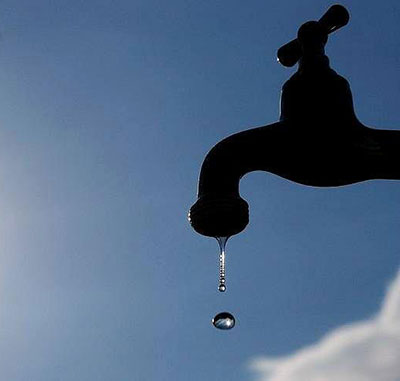 PONDA: Tension prevailed at Gaunem, Bandora on Sunday when the PWD Water Supply Division Junior Engineer at Daag-Ponda, who visited the area for a survey, found himself at the receiving end, as the locals irked over the water shortage to around 40 houses grilled him for nearly seven hours.

Following complaints from the villagers of not receiving water as expected at around 1 pm, the JE had gone to survey the tail end at Shigmo Mand Gaunem to ascertain the situation.

During the official’s visit, the villagers brought to his notice about taps running dry and sought clarification on why they were not receiving water when all the neighbouring villages get regular water supply.

The villagers complained of receiving water supply every alternate day and accused the employees of diverting the water meant for the locals to fill the Marcaim Industrial Estate tanks.

Claiming that they are only getting assurance for the last 6 six, they alleged that the PWD officials were not providing satisfactory replies and prefer to remain silent on the issue.

The villagers complained that for the past 13 days they have suffered on account of irregular water supply at odd timings and that to for just half-an-hour.

Not satisfied with the official’s reply on the issue and with no commitment to solve the water crisis the locals restricted the JE for seven hours from 4 pm to 11 pm.

Following this, Ponda PI, Bandora Sarpanch and Executive Engineer Nivruthi Parsekar rushed to spot. The JE was allowed to leave the village after EE Parsekar’s assurance that their issue would be solved after.

Bandora sarpanch Rajesh Naik said he had informed the PWD four month ago that the residents are facing great hardship on account of irregular water supply.

Houstonians’ post-freeze cleanup should include preventive fixes for mold

Residents fed up with ongoing water crisis in Jackson

Residents fed up with ongoing water crisis in Jackson One Fondren resident without water for more than 10 days...

Delhi to face water crisis in summer, says AAP. This is why

The closure of Nangal Hydel Channel for one month for repair will affect a quarter of water supply to...

Taiwan chipmakers are buying water by the truckload for some of their foundries as the island widens restrictions on...

Rethinking the Concept of Virtual Water in the Global Trade Market

90 Years Ago, A Group Of Black Stunt Pilots Thrilled LA

Water near Arizona Air Force base is tainted in latest case