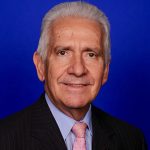 “We know we have a broken water system and we know there’s a lot that we need to do to improve our water supply and our water quality.” – Rep. Jim Costa, D-Fresno

“We know we have a broken water system and we know there’s a lot that we need to do to improve our water supply and our water quality,” Costa told reporters during a virtual news conference Thursday afternoon. “One of the most precious resources we have is water. Where water flows, food grows.”

The bill also authorizes an additional $180 million to restore salmon runs on the San Joaquin River. The funding is for fish passage structures, levees, and other improvements that will allow the threatened Central Valley spring-run Chinook salmon to swim freely upstream from the ocean to Friant Dam.

Feinstein: A Win for Farmers and Fish

“We can restore that (canal) capacity if we work together at the federal, state, and local levels, ensuring that there will be more water for farmers and to combat subsidence,” Feinstein said in a news release. “But our bipartisan bill isn’t just a win for farmers, it would also restore salmon runs vital to the Chinook salmon, helping protect this threatened species.”

State Sen. Melissa Hurtado, D-Sanger, has corresponding legislation in the California Legislature to fund canal fixes. She has been trying to win approval since 2019.

“The reality is that this investment really benefits the entire nation because the region supplies food for the nation and beyond,” said Hurtado. 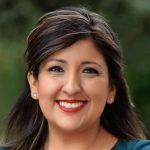 “The reality is that this investment really benefits the entire nation because the region supplies food for the nation and beyond.” – State Sen. Melissa Hurtado

What The Bill Does

The funding may not be used to build new surface storage or raise existing reservoirs. It also can’t be used to enlarge canal capacity — except a temporary increase to mitigate future subsidence.

The Government of India has released ₹5,968 Crore to 15 States for the implementation of Jal Jeevan Mission in...

Unpermitted fire gets out of control, burning 1.5 acres Sunday in New Gloucester…

San Diego’s vulnerability to water shortages and drought is shrinking significantly because residents and businesses are using less water...

Thanjavur: Residents of Medical College Road in Thanjavur have expressed their frustration over the inordinate delay in resuming potable...

In recent years Aberdeen has been on a quest to expand its water supply.That quest has included studies of...

New (and Affordable) Houseplant Gear from Target, and 6 Other New Home Releases

Alamitos Bay’s water quality at risk once again, unless the city spends millions…

Arnolds Park Residents Will Soon Be Paying More For Water