Scientists in California have developed an efficient use for corn waste, which they claim can filter pollutants out of drinking water. 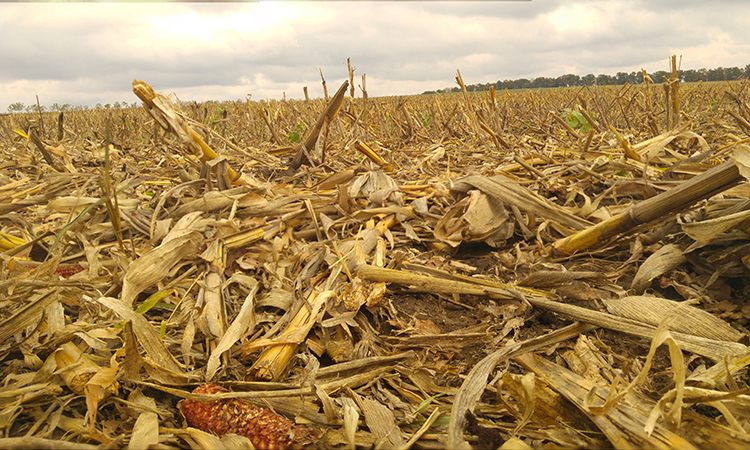 The by-product from corn harvest is known as corn stover

Corn is America’s top agricultural crop, but it also produces plenty of by-products. About half the harvest–stalks, leaves, husks, and cobs, remain as waste after the kernels have been stripped from the cobs.

These leftovers, known as corn stover, have few commercial or industrial uses aside from burning. A new paper by engineers at University of California Riverside has outlined what they claim is an energy-efficient way to put corn stover back into the economy by transforming it into activated carbon for use in water treatment.

Activated carbon, also called activated charcoal, is charred biological material that has been treated to create millions of microscopic pores that increase how much the material can absorb. It has many industrial uses, the most common of which is for filtering pollutants out of drinking water.

Kandis Leslie Abdul-Aziz, an assistant professor of chemical and environmental engineering at UC Riverside’s Marlan and Rosemary Bourns College of Engineering, runs a lab devoted to putting pernicious waste products such as plastic and plant waste known as biomass back into the economy by upcycling them into valuable commodities.

“I believe that as engineers we should take the lead in creating approaches that convert waste into high-value materials, fuels and chemicals, which will create new value streams and eliminate the environmental harm that comes from today’s take-make-dispose model,” Abdul-Aziz said.

Hydrothermal carbonisation created a biochar with higher surface area and larger pores when compared to slow pyrolysis- a process where corn stover is charred at increasing temperatures over a long period of time. When the researchers filtered water into which vanillin had been added through the activated carbon, its combination of larger surface area and bigger pores enabled the carbon to absorb more vanillin.

“Finding applications for idle resources such as corn stover is imperative to combat climate change. This research adds value to the biomass industry which can further reduce our reliance on fossil fuels,” Gale said.

Smart Sprinklers to Save Your Lawn and Your Water Supply

Property owners who live near bodies of water in Lake and Flathead counties can get reimbursed up to $200...

Since the 1800s, scientists have pushed governments to overhaul water supply systems for cleaner, safer water to stop the...

Why Scientists Don’t Want Our Poop to Go to Waste

The world produces a lot of poop, and we don’t always know what to do with it. In the...

BUCKHANNON – Buckhannon City Council heard from members of the Buckhannon Volunteer Fire Department Thursday and learned that the...

Smart Sprinklers to Save Your Lawn and Your Water Supply

This Mayan city died out after inadvertently poisoning its own water supply. Our…

When the virus looms over crowded camps